Lets fall in love with Delhi... 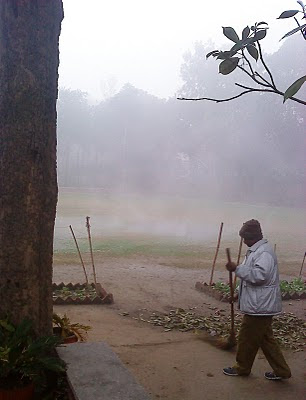 Captured a picture of fog at 10 am, with 50m visibility. Since a few days Delhi is welcoming early mornings and late nights with a dense layer of fog. Early morning’s visibility is limited to one meter only. The fog makes the city look like a painting. 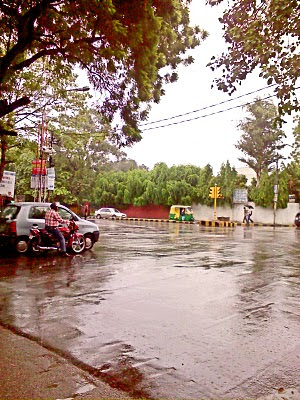 And wide roads in the cloud of mist with the greenery around makes the city ride wonderfully exciting. Winters are making the place a sight to behold. It’s no less than any hill station. 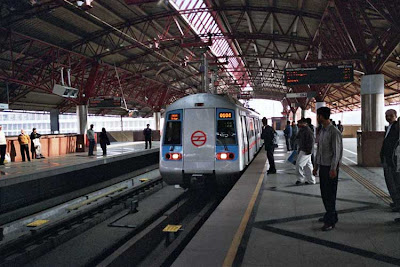 This year is eagerly waiting to welcome the commonwealth games. Hence the development is comparatively at higher rate. The flyovers are rapidly coming into existence to keep up with the city’s traffic and to meet the demand of the upcoming traffic. In addition to it comfortable Delhi metro is helping the city to get well connected.

4. Ride with the Rikshaw Guide!! 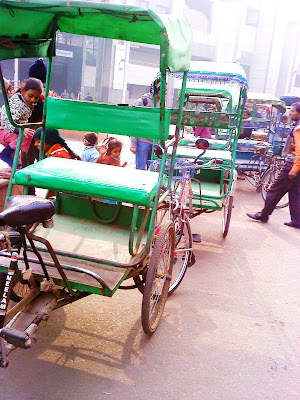 Recently heard SIFE society of SRCC (Sri Ram college) has trained 20 rikshaw men about taking the guests on a small guided tour of the north campus and monuments around (with some additional charges of course) and advised them to have the provision for bislery bottles in their rikshaws for the them to buy , if they need it.

That’s how the tourism of India will flourish with the increased income of low income groups!

What an Idea Sir ji. Bravo!! 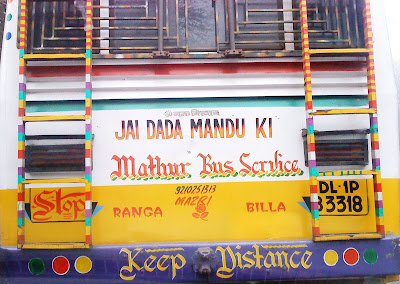 This is the city where Ranga and Billa(well known collection agents), own a big business of blue line buses, and earning mehnat ki roti finally. Don’t know if police is still searching for them, but they constantly warn people to keep distance from them and hence not inform the police and get themselves into further trouble.