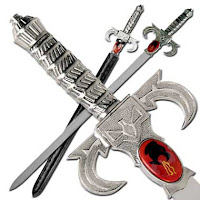 Bare my beliefs, I want to rise spiritually with my own faiths, not as others want me to, I want to see world with my own perspective, not the way others want me to see. I believe my beliefs not what others want me to believe.
I have been a God’s believer and this belief keeps me positive in many aspects. Of course I don’t belong to a class or group where a person fights for the superiority of his God and disown other people’s beliefs or faiths in other religion or gods. It is shocking when we see wars between the people over the superiority of God. Like Iskonians say Krishna is the highest ranked God amongst other Gods, whereas Arya Samaj says Idol worship is fake, Shaivism followers believe there is no one above Lord Shiva. And hence debates go on and on. What if all the Gods are friends above enjoying tea and snacks together, laughing on human’s foolishness for such irrelevant fights? Even if there is only one God, or according to some none, what difference does it make? But the debate goes on, people keep on fighting arguing and keep on showing each other down. A useless effort!
Is there anything constructive I will do, if I will convince one person to follow the same path, even if I have never known for sure where it will lead me? Yes there will be one thing for sure, will get a company to chant with me for my Krishna, my shiva or my light. And who knows you may accompany me after death, whatever my lifelong chanting has formed for me. I have been watching more and more wars related to Gods between the rigid followers lately, anyhow people like me are flexible,. There are splits and fights within Hindu religion, so expecting a respect from such groups for other religion is a far away dream. I respect people’s view on religion or in God, I respect the beliefs of atheists, if one doesn’t believe in God, one doesn’t. There is no point to convert him into theist. As such faiths arise from within inside. There is no point in breaking somebody’s beliefs, if that belief is not harming anybody else. Showing down somebody else or disrespecting somebody’s faith wont make you or your God superior neither will it put a stamp on your faiths, in case you want a proof from other people, that ‘your’ God exists. No two people on this planet are alike, hence their thoughts and believes will also vary.
Swami Sri Ramakrishna Paramahamsa has mentioned in his autobiography that he followed other religions notably Christianity and Islam, and said that they all lead to the same God, as per his own experiences. He was a Hindu Bengali Brahmin and big follower of Kali. This means religions are merely paths, to reach the same destination. Please don’t debate to create tensions and war between the gods for achieving the superior identity for anybody, for whom-so-ever u wish to.
Email ThisBlogThis!Share to TwitterShare to FacebookShare to Pinterest
Labels: Contemplation, Faith, hinduism, India, indian, Random thoughts, religion