One of my Paternal Aunt (my Bua) casually threw a question at me some time back : "what do you want from life? , and what are your expectations?"

It made me think once more about the feelings residing deep inside me. And like always after much of an introspection I came on the exactly same basic wants as before, I want love, peace and satisfaction.

Peace- Peace looks like something that we create, but I would ask and expect 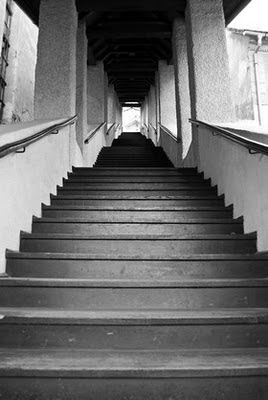 this too.. Its something i will want to keep with myself forever. When I see people fighting, man is thirsty for the blood, homes falling apart, brother is the enemy of brother, I desire for peace. When I feel thousand of storms inside me, frustrations over the disturbances created by others or by fate within me, I desire deeply for peace. and when I see myself in peace and masses still struggling and seeking the desire on what to ask for ? I feel the answer its peace..

Satisfaction- Yes. Peace comes automatically with satisfaction. Today I see myself, greatly blessed with everything one can ever desire for in a life. What I had when I was born, helped me in becoming a better person, not running behind materialistic things, no cribbing, may be because I had enough materials gifted by God, that slowed my pace of running behind the materialistic things like others. I know there is still scope for wanting more, but i feel tranquility in whatever I have.
However, that doesn't mean that I have become an ascetic, away from the worldly pleasures. I am all satisfied currently with what I have, not cribbing about what i don't have, of course also not ready to settle deliberately for something very less than what I am enjoying at present. And may be with the passing time I will get more satisfaction and will think again God is there to take care of me like always.

I think these three things will be good enough to get me going and make my life meaningful. Love will be followed by life, understanding, support, and happiness. Peace will again be the reason behind happiness, contentment and love. When we came in the world crying, Satisfaction is the real key to happiness and will make us leaving the world with smile.

My expectation is a beautiful life, with no mess. And a smile forever on every face I see. Trust me I try that...
18 comments:
Email ThisBlogThis!Share to TwitterShare to FacebookShare to Pinterest
Labels: Introspection, love, Random thoughts

This is what a common man is thinking these days, soon these necessities can be seen on our decoration shelves.
Yesterday i went to the vegetable market and i saw a chaos in people, regarding the raised prices, trying to find substitutes for their basic necessities, for instance, puree as a substitution for tomatoes.
When people from high income groups are standing at this point, whats the situation of those who have to struggle and fight for each day's bread?
8 comments:
Email ThisBlogThis!Share to TwitterShare to FacebookShare to Pinterest
Labels: Day-to-day-Life, Doodle Diaries, India, indian, reality bites, Social issues

There have been funny instances that you, I and others around us might be experiencing or might have experienced. Language is an expression, a medium through which we convey our emotions or needs and wants. But after our classroom learning and real life experiences sometimes we fail to understand “what the other person is trying to say”. This is because of either our weaknesses or else difference in accents.
Today I am sharing some such instances which can be hilarious and meant only for a simple hearty laugh and not targeted to insult or make fun of any creed, caste or person.

A few days ago, I was asked by my uncle for some of his business deal to talk to a Chinese woman. And I called her up, and there was I, ended up just saying yes, no, what? And it was really a pitiful situation of mine, where I was hardly able to understand her accent. Just because, she had different mother tongue so her accents were influenced by it. Normally I don’t find any difficulty in understanding the different accents, as people have clarity in speech, but honestly the most difficult English seems to be them Chinese English, a challenge for me, where in I just secured 40%, i.e. I was somehow able to deliver the main message in the whole conversation.
After a month, again my uncle was having some trouble with his phone connection, so he asked me to call her and to deliver another message. Here I was asking my sister to do the job. As I felt it might be my fault, that I didn’t get her accents properly. So she took the job after much discussion and with the fear that she might end up in the same boat.
Anyhow she called her up. I saw her too, just like me, she was totally concentrating on understanding the accents and jotting down whatever she understood of the main points. She was either squeezing her eyes or closing them. “Yaa”, “okie…” ,“What?” ,“I am sorry??”, “Ahaan…” were the prominent words. Minutes felt like hours to her. And there she was writing her email Id: ya “x”, “o”, “I”, “k”..
The lady on the other side of the phone said: No, not “K”, its “K” for “Kob..”
My sis – “Kob?” You mean “K?” (Thinking to herself: Kob is a word??)
Lady: No no, not “K” for “Kob”, its “K”. “K for Kob”.
In puzzled tone my sis asked is it “K” for “Kite”?
“Oh no” the lady said, its not “K”, its “K” for “kob” “KOB..”
She was puzzled and pondered over whether she should write “C” straightaway or ask once again.
Just a last guess my sister made: you mean “Job”,” J”??
Lady in a relaxed tone: yaa, right, its “K”, “K” for “Kob”...
Anyway somehow conversation came to an end.
The outcome was, next time our brother will call her, I am not going to call her again.. I will ruin everything.
The second incidence- one of my brother’s friend, was attending trial class for his science tuition.
So there, his teacher said write “bhi”=12,
“ Bhi”= Distance/time.
“Bhi”= momentum/mass,
“bhi”= u + at.
After a while he peeped into his notebook. What is “bhi”?? Write “bhi”! He was puzzled, and changed the spelling from “BHI” to BHEE”. He said “bhi”, “bhi…” Write “bhi” not “bhee!” He said sir I am not getting you, his teacher took the pen from his hand and wrote down V and said this “bhi” for “bhilocity” (velocity), and he then moved to another trial class for his quest for a decent enough tutor.
Another one happened a few years ago, as I have been to Chennai many times. I liked the place and people were really helpful during the journey. Once me and my mom were received by some friends of my mother’s friend. We stayed there for a couple of hours. I called my cousin brother, Puneet bhaiya, to book our air tickets for Delhi for the night, as we were through with the work we went for. He asked me the address. I asked some girl sitting there. She said “Teynampet” I passed on the word to my brother who was on phone. He said “I didn’t get it, spell it” so I asked the girl to spell it.
Girl: “T”
Me to Puneet bhaiya: “T”
Girl: “E”
Me: “E”
Girl: “Y”
Me: “Y”
Girl: “YEM”
Me “YEM “
Puneet bhaiya: whats that???
Me: she must be telling one whole syllable.
Puneet bhaiya: Chup chap dobara pooch! (ask her again!)
Me: Can you please pardon the last letter?
Girl: YEM
Me: I don’t know, she is saying YEM only. Write it like that na.
Puneet bhaiya: Are you nuts? Ask her to write the spelling.
And I asked her to jot down the whole address.
While I unsuccessfully tried to control my laugh, in order to not annoy the girl who was helpful, my brother on the other side was laughing at my stupidity and ignorance and also on YEM which was M.
Ending note: One of my jija ji who is from south India tells us a joke, asking us how will a person from south India spell MOON?
He will say YEM-BO-YET ANOTHER BO-YEN.
On this note I bring this blog post to an end.
P.S. – As quoted in one of the autobiographies there was written “When someone has an accent, it means he knows one more language than you do.”
HAPPY BLOGGING ;)
13 comments:
Email ThisBlogThis!Share to TwitterShare to FacebookShare to Pinterest
Labels: accents, humour, Life Previews, Random thoughts
Newer Posts Older Posts Home
Subscribe to: Posts (Atom)