We were going to Uttarakhand (a state in North India) by car. The journey was long. Those were the winter days. The route was green and beautiful. Roads were topsy turvy and the journey was getting more tiring with the passing time. We decided to take a halt for some time. It was a chilly afternoon and the strong winds were making it worse. While we were enjoying the scenic beauty around, our eyes suddenly rested on an old man with dark complexion whose bone structure was visible from everywhere underneath his wrinkled skin that was covered by almost nothing. Apparently he looked like an ascetic or could be an ordinary beggar. He had some wheat flour, probably someone living down the hill might have given to him. He took it out and made dough out of it. He then collected some dry wood from around and created fire by rubbing 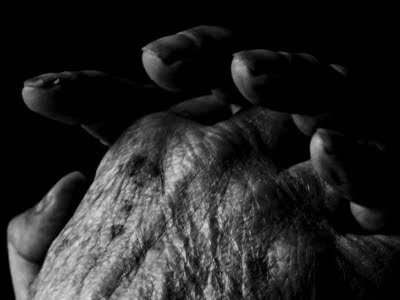 two stone pieces (like in the stories from stone age) and cooked a chapati with it. We were amazed to see that, how a man at such a low temperature wearing almost nothing living in the wilderness arranged a meal for himself! And as he was eating it, he was crying out of joy, saying "Thank you God, for giving me food to eat, fire to be warm even in this place where there is nothing to survive. I am grateful to you, its because of you i am enjoying my fill with whatever i am having, I need nothing else thank you God for all the kindness you have bestowed upon me." And the tears of joy were constantly flowing out of his eyes..."

This was the real life story, told by my maternal uncle.
Contentment, a state of being in peace with whatever one has. I shared this story here with a hope that it will inspire us all to be happy about this life and we would work to attain that higher state of perfection of soul and true happiness and peace, the ultimate goal behind this life.

After Thoughts : Are we happy with what we have? Should we be unhappy about what we do not have? What is peace and satisfaction? What is ultimate Goal of our lives? Are we in the same state even after having everything that one needs and not desperately searching for what we do not have? I feel this instance gives depth to our thoughts and another perspective to see the world and our own lives..
7 comments:
Email ThisBlogThis!Share to TwitterShare to FacebookShare to Pinterest
Labels: Contemplation, Different Perspective, Faith, hinduism, India, indian, Introspection, Life Previews, people, Random, Random thoughts, religion, Some More Stories 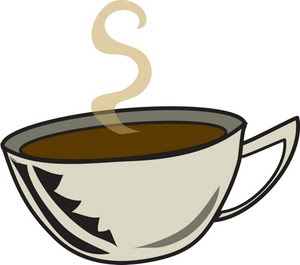 "Mam would you mind a cup of coffee with me?" A guy suddenly approached a girl standing at the magazine stand trying to find some old edition.

He said, "Hi, I am Ryan. Working in a multinational company as a finance manager. Would you mind a cup of coffee?
"I am sorry, I don't know you! Please don't bother me."

"Well I was thinking that we can have a coffee and know each other a bit. As you have my name, now you know me a bit."

"How can I trust you that the name you have given to me is right?" she spurted out suddenly trying to be clever, amused at herself of her words chosen a few seconds ago!
"Well wt if they are true, would u mind a cup of coffee?"
"I'll think about it..."
Ryan gave her his company's id and said "This is my company's I-card this is my license. So would u mind it now.."

"Hmphhh! why do u want to have coffee with me?"
He insisted "Well, lets talk about it over a cup of coffee.."
"Well fine! But I'll pay my bill and you'll pay yours.", she agreed.
"If u like that, its cool. Next time I'll pay.."
She expanded her eyes and said in a surprised tone, "Excuse me?? Why do u think i'll go with u next time!"
"May be.. I am not sure.. anyway here is your coffee.", and he gave her a cup of coffee.

"Well thanks. So answer me, why do u wanted to have a coffee with me." , she inquired further.

"I planned things all my life. Nothing worked as per them. Studied something, and didn't get the score I planned, applied in companies, no plan worked. Fell in love, made a plan for future and nothing worked. So I decided to be spontaneous. No plans, I do what I want to. I was passing by for a cup of coffee. This is my lunch time. And I felt like coming to this mall. Saw u. U had a different light on your face. So I felt like having a cup of coffee with you. Now I don't plan. And neither do I ignore my instincts. I do what I feel right doing at a particular time.", explained Ryan.

The Girl Got impressed somewhere but chose to stay indifferent. She just smiled. After a cup of coffee, she was about to bid farewell to the guy, when he suddenly asked her, "Can we meet here tomorrow again?"
"But you don't plan anymore"
The Guy had no other option but to smile, and they parted.

A few days later, She saw him in a grocery store. She suddenly said hi to him.
"Mam, its good to see you here. Finally, i don't plan. but destiny does. Would u mind..."
She jumped in the middle of a sentence "Oh no! I have to rush back to home.. My husband is waiting for me."
And she left from there smiling..
Some weeks passed. Nothing happened. She was thinking about that guy. "He said he never plans. Just take life as it comes. Its good. But a guy with no plans...Naah! How is that possible, no plans means no dreams, no worries about future... leave it! Why am i thinking about him anyway.. " and she continued with her daily work

A few more days passed! The guy met her again in a nearby restaurant. Where she was dining with her parents.
He approached her. "Hi mam, how are you doing. Such a small world.. Isn't it?"

"Oh, hie. How are you? Well meet my parents.. Mom,dad he is....."
He interrupted in the middle "Ryan. Good evening! So you are having a family time.. Where is your husband?"

Her parents looked at her with raised eyebrows. "Have u got married, without even telling us?"

"Oh Mom not at all. You know everything about me!"

The guy said, " Sorry. I guess I have mistaken you as someone else." and was about to leave.

"Mom, dad, just coming back in a second."

She rushed to that guy: "Ryan!! Hey Ryan stop! Please!"
"Yeah.. Tell me!"
"Em! well, I am sorry. I lied that day! I am not married! Because i didnt want to give you any wrong idea about me having coffee with you."

"If you didn't like me, you could have clearly said that before. No worries now. I wont bug you anymore!"

"No. Actually.. Well.. Umm Lets leave it.. Can we start afresh. My name is Nina. I am 25 years old working as a freelance photographer!"

"So can we exchange our numbers?"

"Haha Sure.. I am glad that u lied to me, as otherwise i would have never got your number."

"Well, people who don't plan should be ready for surprises."

They met several times after that. Chatted for long over phone calls. Ryan was spontaneous. He had wits. Nina was smart enough. And as destiny wanted they fell for each other.

One day during lunch Nina asked Ryan just like that, "Ryan, tell me about your life. Your school time, your college, your job, your family. We had never discussed any of these. Any thing you want to share."

Ryan : "I am the second child in my family. My elder brother is in our family business. I always wanted to explore my life. So i didn't join it. We are four people in our family. I did my schooling from Bal bharti school, in Delhi!"

Nina: "Is it? I can sense something Fishy now.. Do we know each other?"

Ryan : "There is a lot more fishy than u can think. But yes. Now u know everything about me except one small thing!!"

Nina : "Hit me!!" She was staring at him continuously.

Ryan: "Ok.. You look serious. Do you know curiosity kills the cat?

Ryan started, "You are trying to scare me. Let me start. I know you are Nina, from the same school. Always up to some mischief. Your best friends were Tanishka and Sid. I was an year senior to you. Have been in love with u the first time i saw you with your parents in our annual function. I tried reaching you. But you were always surrounded with friends. School got over. And i thought its over. But never liked anyone more than you. Thoughts about you came and went. I ignored! Then one day i saw you in a concert. And it was from there things started again. I decided to give it a fair chance. I thought you should know me. And so from the day i asked you about coffee till the day i met you in the restaurant was all planned!"

Nina was listening everything silently. She wanted to scream. But she couldn't stop her lips to spread away and she was unknowingly smiling with somewhat watery eyes. "How mean! Ryan, You knew that i wasn't married, and that day before my parents......"

Ryan: "haha, You lied and i laughed! He looked in her eyes, held her hands. Can I have the liberty to hold your hands whenever I want? Can i hug you tight whenever you're low? Can i be there with you till the time this world is here? Before you say anything, lemme just tell you that you only have two options, yes or yes!!"

She laughed and hugged him tightly. She knew life will be perfect from today onwards...
24 comments:
Email ThisBlogThis!Share to TwitterShare to FacebookShare to Pinterest
Labels: fiction, love, Some More Stories
Newer Posts Older Posts Home
Subscribe to: Posts (Atom)