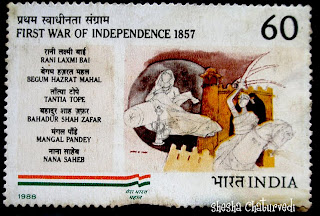 The foundation of independence laid before 154 years in 1857 is often regarded as first war of Independence. After 90 more years of struggle, India achieved its independence on 15th August, 1947.
22 languages are Officially Recognized in India.
India has 28 states and 7 Union territories, 8 major religions.
The most popular mind game Chess was invented in India.
Algebra, Trigonometry and Calculus studies originated in India along with the decimal and place value system.
India has Second highest population in the world.
It is the largest democracy in the world, the 7th largest Country in the world, and one of the most ancient civilizations. Also India was considered one of the richest countries in the world before British invasion! The world's first university was established in Takshila in 700 BC.
Martial Arts have origins from India, and were later spread to Asia by Buddhist missionaries.
Yoga has its origins in India and has existed for over 5,000 years.

Today on India's 64th Independence Day I wish INDIA and all other INDIANS a very happy I-Day. We'll keep on growing, preserving our culture and our heritage along with the zing of westernization and improvisations, keeping all the values intact. We'll keep on charming rest of the world with our beautiful art, diversity, colors, sumptuous cuisines, amazing attires, and unique architectures.
Happy Independence Day! 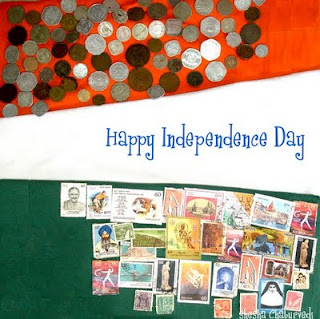 P.S.: The pictures clicked above include some rare stamps and coin collections that my father has built. I tried to preserve and maintain these.

Email ThisBlogThis!Share to TwitterShare to FacebookShare to Pinterest
Labels: India, indian, My Experiments With The Camera, Photography