Its been two hours and we are not talking to each other. To top it all, it’s a weekend. Hence two hours is a very long time. When only two of us are here, silence kills. And we are sitting opposite to each other, back to back. He doesn’t want to go in any other room and I want to sit only in this room. Ah EGO! Thankfully I have the television remote, otherwise his cricket matches would have made me more impatient. He is doing some work on internet or probably chatting with his pals (grhhh I am so jealous). I want both television remote and the Internet. I want him to realize that we are not talking! But for that he should be idle. He doesn’t know his phone is on silent mode and hidden in one of my drawers. **GRIN**

I am getting impatient anyway, wondering who will break the silence. Half an hour back I went to kitchen and made some juice and cheese rolls for myself, just to make him realize what he is missing. Mom always used to say the route to a man’s heart is through his stomach. But he is sitting all calm and expressionless- not bothered. Sigh!!

Why are we not talking? It’s a long story. Actually I want him to apologize. Every girl wants, I know. But my reason is genuine (you will say, all girls feel so). Actually it’s been a week that he has been pinpointing my mistakes on everything I do. And I desperately try to make it special for him, but all in vain. It started from this Monday, when I served him his breakfast and juice. And he said I have lost my culinary skills and have poured in such a small amount of salt. I gave him extra salt, on which he said “Naah, I will pour in extra salt anyway, but this is not the permanent solution. You should accept your mistakes and learn from them.” It has never happened before. I didn’t mind it. When he asked me for his socks, I said straightaway “I think you are too dependent on me. I am having a headache, search them on your own.” (Revenge taken, it’s even.)

And so on and so forth, he is actively trying to fight with me... ACTIVELY! Yepp. Why did I leave the lights on? Why I left my towel on bed after the bath? Why didn’t I call him in his office to know his well being? I should learn ironing means no wrinkle on his handkerchief. Grhhhh! Damn, how come this week has he become so critical all of a sudden?

And today he crossed all limits. Yes 'ALL LIMITS'. I told him, this morning that I saw a beautiful red and black coloured butterfly, and it sat on my notepad, when I was engrossed in writing something in our garden. And he said: “Hmphh. You are so innocent. It was a ladybird”

“Hahaha, don’t make fun of me love. I saw it. It was a butterfly. And you know it was so amazing that….”

I was losing my temper, trying to control it. I said, “There can be a red and black butterfly as well.”

“Yaa, I guess, but the little insect you saw was a ladybird.”

“Did u see it? I saw it. I know what I saw this morning better than you do. Do you think I am a fool that I can’t distinguish between a lady bird and a butterfly? A lady bird is so tiny. It wasn’t a ladybird.”

“Baby, you are not at all foolish. You are my darling sweet little pumpkin. You are just too innocent!”

(So he indirectly called me foolish! I hate him, I hate him. All that he has been doing to me for a week now.)

I retaliated, “Listen don’t act smart, I don’t know why you are becoming anti-ME. Its been whole week and you are pinpointing my mistakes on everything I do. I am trying to be patient and calm but ……. “And I said everything that I could, remembering all sorts of taunts and tantrums that I learned till now, spurted out all kinds of dialogues I heard in movies. 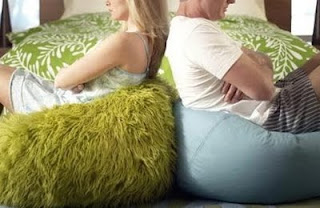 “Oh, so you are upset about that! I am so sorry baby, if u felt bad. May be that’s why you wanted to prove a ladybird, a butterfly. It’s okay. I surrender. It was a butterfly!”

And no one could guess what happens next. A lady bird sat on the glass window, and he got its glimpse. “Look baby, your Butterfly is peeping from there. How beautiful!”

I HATE HIM! And Finally WE are not talking!!! Worst Part is its affecting me! He is not even bothered.

He SHOULD APPOLOGISE NOW!