Why do women get attracted to bad men?

According to a common notion women knowingly or unknowing get attracted to bad ones in the lot. Many of them do, especially the ones who have lived it all decent life till now. Is this a myth or a fact?

He is bad who is:
A rebel, haughty, does what he feels without caring about the world around him, prioritize himself in everything, takes everyone else for granted, abuse a lot, not emotionally vulnerable, unmindful to woman’s need, doesn’t treat her nicely and uses her for sex with no emotional strings attached.

On the other hand Good man is the one who takes good care of a lady, who is decent and devoted, helpful, meeting almost all her demands. In a nutshell he is like a 'gilt fund' with expected returns, no loss and no risk.
A guy, for the matter of fact any person, with all good and no bad- Does Not Exists.

Are we women Gamblers? Are bad guys really bad and good ones really good? Or good guys are trying to make them look bad? Do women like to be used and abused? No sane woman would want a life full of uncertainty, getting abused with no expected returns on her emotional investment. May be the attraction can work for a while but in long run if taken a wrong path, relationship may not work! Hence, there are other reasons that are working behind their fatal attractions. Let us find out.

What is good about Bad Folks?
Girls tend to get attracted to somebody who has a strong personality, an opinion of his own and has confidence- this portrays an unabashed masculinity. The same way in which men get attracted to  femininity.

Sometimes good guys turn out to be the people with lack of self-confidence, and lack of life in them. They, at times, act like eccentrics not ready to think about something they are not familiar with. On the other hand so called bad guys seem strong, fun, confident, fighters in adversities and non-judgmental (I don’t care attitude). Remember Rhet Butler in a famous classic novel “Gone with the Wind”? (He is a perfect example of a bad guy who turns out to be a fighter in adversities). Sub consciously women want to explore it all and yet want to be safe from the cruel world. They tend to get attracted to the bad ones.
So a good man may not be that good to live with, with his fickle mind, eccentric temperaments and non-experimenting attitude. 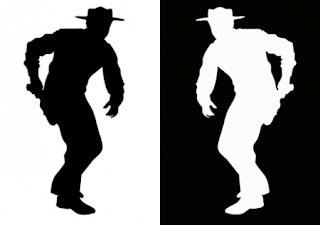 Hence, gentlemen can take the above mentioned attractive traits of bad ones to win their lady’s love interest. Women work with their subconscious mind while selecting their mates. Survival of the fittest works here best!

P.S. There may be some disagreements. You are invited to post your views with reasonable explanations.
Question: Why do guys tend to run after the ladies they can't get, leaving the accessible ones?

Note: Not all women get Attracted to Bad ones! Author of this post has tried to dig out the reason behind the ones who do!
Image courtesy: Google