Confessions of a Social Media Stalker 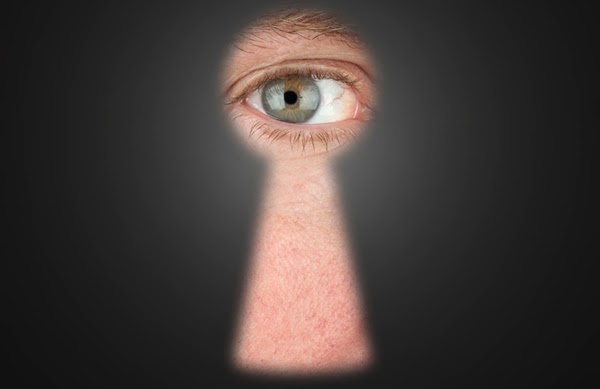 He was going through Facebook updates on a friend's wall when he saw a pretty face in the comments section. It was his second love-at-the-first-sight this week. He had been religiously following the other pretty damsel he saw in his Gali 4 days back. But this time, this time this girl seemed fairest of all the loves-of-his-life. He went through her page. She seemed to be a Facebook queen. 'Ah! Over 500 followers, 400 likes on her photographs. 70 likes on her status even when she just 'yawns' in it. I can see she is popular on Twitter too! I should send her a message- probably a HI…’ and he did what he thought. She didn't respond and he waited patiently for a week. Post a week he sent her a message again. Meanwhile he read comments on her updates and by the method of random sampling checked out profiles of her friends and of their friends. He found out two things about her; one was that she had a cool group of friends, and she had a breakup few months back.  He checked his message box, there was a dense dark silence again. Finally with no hope in hell he decided to send her a friend request this time which eventually got rejected. ‘Probably she doesn't know what she is missing. She looks young and naive, unaware of worldly matters.’ He decided to take up the task to help this innocent creature who has hazel eyes, long hair to find her a knight in shining armor- that was him of course. He had fallen for her and it was the time for her to return this favor, to love him back, to make the right-selection. He never felt so strongly for anyone else before, which he thought always after falling in new love once or twice a year, sometimes even thrice. He called up his relationship adviser, his best buddy- "I think she is the one I was waiting for all my life, have I ever said same for anybody before? No, right? Help me dost, I need you!" His friend like always agreed to help him out. She was his current rage, his madness. There was some sort of stark connection between them

He decided to message her again. She replied promptly- "Hey, I am sorry but I am genuinely not interested in you.
Bye Take care!"

'We have common friends and probably she replied because she doesn’t want to be misjudged. Ladies ah! They are scared little rabbits always thinking about the reactions of their family, friends and society on their deeds. She needs a person like me, who doesn't care about the world.', he thought to himself. He gave her his reference and told her what he does (besides stalking). He asked her the reason behind declining his request without giving him a fair chance- the chance he believed he deserved because he had fallen for her. She said she doesn't accept friend-requests from unknown people, besides that she has a freedom of choice. At the end of every message she wrote bye, take care. She was caring, like a girl should be. He thought about her soft face again. 'Her first point is no more valid since he I had given his introduction and now he was not a total stranger to her. Besides they have a Common-Friend on Facebook.' He didn’t lack anywhere. He was handsome, probably the most good-looking man on earth as his mother claimed. After looking at the reactions of his friends, how they laugh even when he abuse people, he concurred he was a uber-cool and popular too. His father was a rich man, which had exempted him from the worries of earning, saving and investing money. What else a girl needs! He decided to message her again,

"If you weren't interested, you would have blocked me. Can we meet and talk about things over a cup of coffee?"

He could no longer see her profile. 'She blocked me? Really!!! My friend said I shouldn’t have talked about blocking, that was rude. She might be upset with me.' He thought about it for two days, and then about their interactions for past months, her eyes, her smile and 500 likes on her last display picture. A chill ran through his body. First love always made him nervous like hell. He realized he over said something. He Googled her name, dug her email address and got her twitter handle,  her phone number, and her Email-ID. He re-tweeted her Tweet and mentioned Her in another tweet- this was start of their new interaction. When she didn’t respond to his internet gifts, he inferred that she was extremely upset. 'Ever swinging moods of these ladies- blame it on their hormones. I never said anything that bad', he reasoned her rude-reactions with his understanding of human nature. He sent her a mail and got no reply. Thinking, probably she hadn't checked her email, he sent her another message on her Whatsapp.

"Hi,
I am  terribly sorry for saying block-thing on Facebook. I hope you liked my tweets about you. You are really very pretty. I respect you and understand that you are quite busy and may be that is the reason you couldn’t check the message I had sent you on Gmail two days back.  I promise you I will keep you very happy. Can we go out for a cup of coffee as an apology? Waiting eagerly for your reply."

'She lost her temper saying she will call the police if I further stalked her. 'Stalked' was a very rude word but I understand, these women loose their cool when PMSing. She is my true love and I will not let her go like that, I know I will keep her happy...' 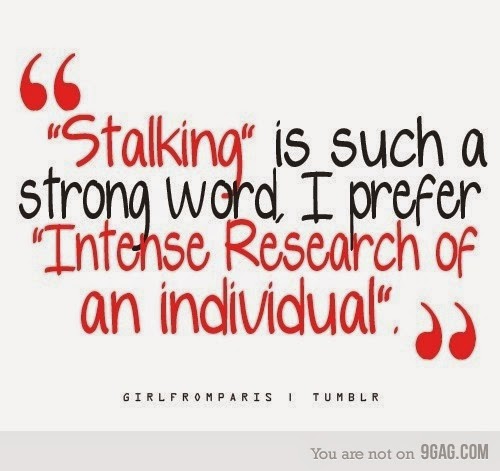