If one doesn't have his own car and one has no metro access to the place one wants to go, here is how a common man struggles in Delhi. Following are the three memes depicting the sentiments of three 'bhaiya-drivers' and their customers: 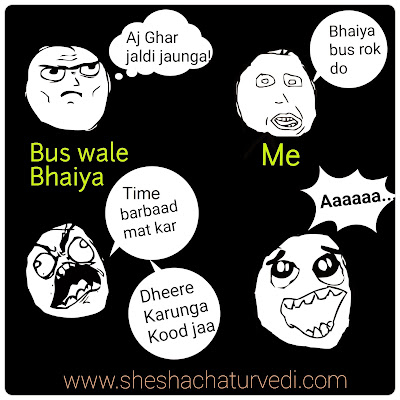 P.S. If an Auto-Rickshaw driver denies to go by meter, you may dial 1095 which is a Delhi traffic police number to file a complaint right there and then. It works. (Tried  and tested).

P.P.S. The first doodle is inspired by the real conversation between my  brother and his friend.
Email ThisBlogThis!Share to TwitterShare to FacebookShare to Pinterest
Labels: Delhi, Doodle Diaries, humour