A lesson from my Grandma

Nani (my grandma) always taught my mother never to look down and talk low of others. One's inconsideration and self-pride can anytime turn those blessings that one has into distress. She had a few real life stories behind her teachings that had strengthened our faith in karma and imbibed good values in us.  Today I am sharing one such story I heard as a kid about her neighbors. 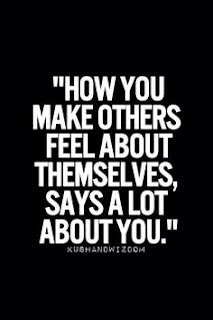 Before I narrate her story, I would like to remind my readers about Indian desperation for a male child over female. While a bride is worshiped as Goddess Lakshmi (the goddess of material possessions), a daughter was (and is still in some parts of India) considered to be a liability and stigma on the manhood of a father. Sons on the other hand have been seen as successors of the family, the name takers. Hence in many orthodox families having sons was (is) the matter of pride.

When my nani was a child, having two younger sisters and no brother yet, her neighbor used to boast about having sons. He, filled with pride, talked aloud about how fortunate he was with 3 sons and how unkind God was to those who have none. Nani’s mother (my great-grandma) never paid heed to him and advised her daughters to turn deaf to his blustering. She always focused on the education of her daughters and treated them as a blessing from almighty.
As time passed, she became mother again twice and both were sons. Life went on, and neighbor still had this habit of looking down at these three daughters, but none of them ever said anything to him. All five kids grew up with decent lives to look forward with respectable careers.  On the other hand the haughty and arrogant neighbor witnessed a tragic life.
His eldest son developed mental retardation (reason unknown) and one night ran away from home to be never found again. The second son died in a car accident. The third one lived a very mediocre life with many struggles and never got married.

No one among us knows our future, how worthy or terrible our lives are going to be. Hence before judging or making derogatory remarks on somebody out of superiority, one should always think about the uncertainty life brings to us at each step.

A happy life can only be enjoyed by the kind people having good virtue. 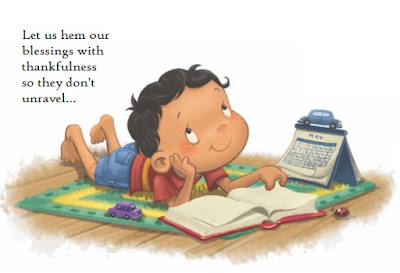 What do you think? Do you believe in Karma? Do you know any such stories?
Images from google
16 comments:
Email ThisBlogThis!Share to TwitterShare to FacebookShare to Pinterest
Labels: Emotions, Faith, Life Previews, Some More Stories, Tangy Tuesdays Pick 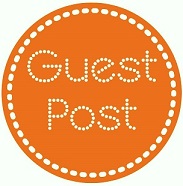 My first trip was decided through Facebook. These days Facebook is playing a pivotal role in our lives. One of my junior from college has a travel bug and has great photography skills. Looking at her updates on Facebook tempted me to message her. I told her I would like to accompany her on her next trip. From then onwards, I managed to break the monotony of routine life to enjoy the experience of exploring new places, food and knowing people of India. However first trips have their own charm especially when you learn about something that you have been longing for. In my case it was photography. I would like to present the photo-journey of the beautiful time I had exploring Orchha…

Orchha , Madhya Pradesh
(26th Feb,2014 – 1st Mar,2014)
Our came in existence at the end of February, 2014. When I got to know we were packing our bags for Orchha, I was clueless how it looks and what this place was all about. Since I had never heard its name earlier, it created more excitement in me to explore this new piece of land.


Orchha is a small town in the state of Madhya Pradesh, India. This town was established by Maharaja Rudra Pratap Singh in 1501 which lies on the Betwa River in Tikamgarh District. The word ‘Orchha’ means  ‘Hidden’ in Bundelkhandi language and was named so because it was covered completely by forests before being found.

Photo Story of Orchha:
Jahangir Mahal
Jahangir Mahal is one of the most finest and vivid examples of classical Mughal Architecture. 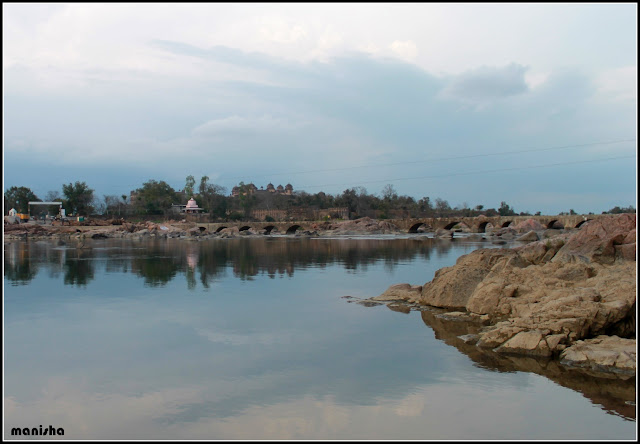 1.   Bundela Chhatris - (cenotaphs) designed in the memory of late rulers and noblemen. There are fourteen 'Chhatris' or memorials to the rulers of Orchha, grouped along the Kanchana Ghat of the river Betwa. 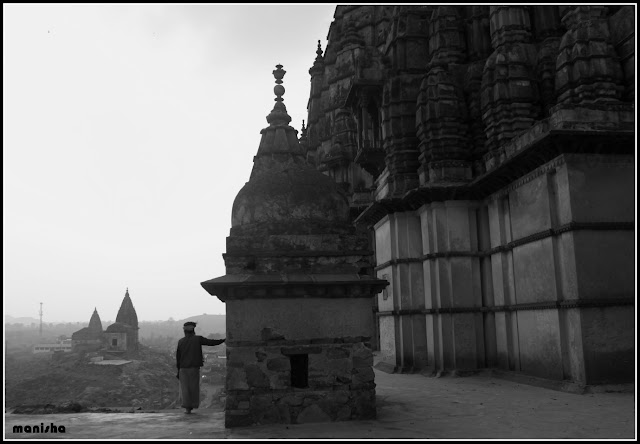 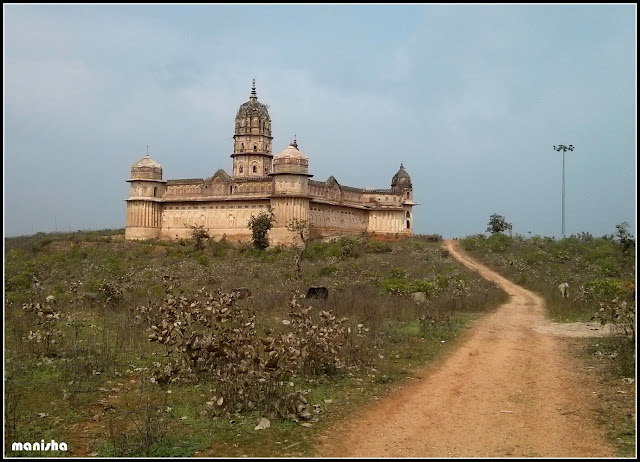 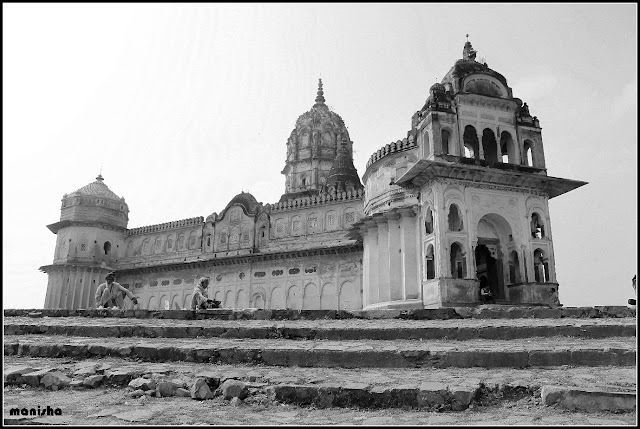 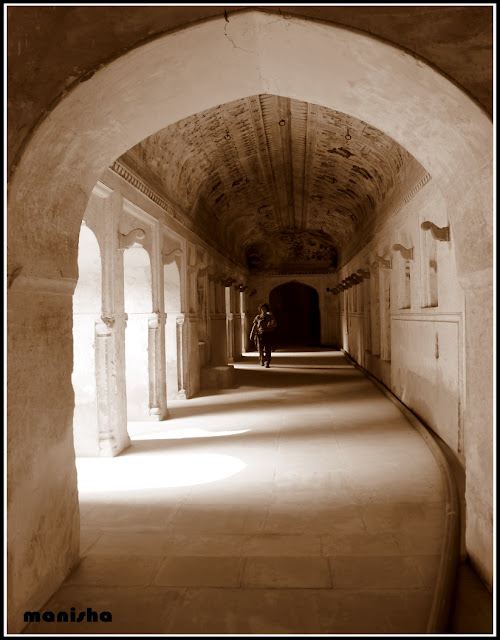 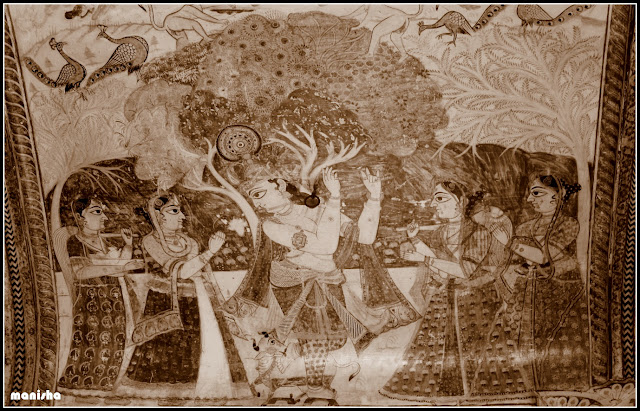 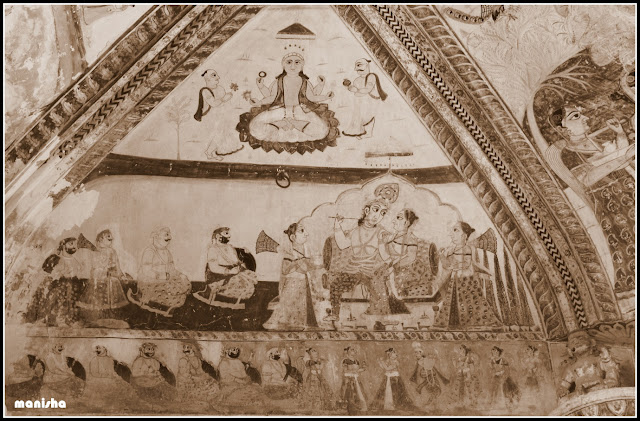 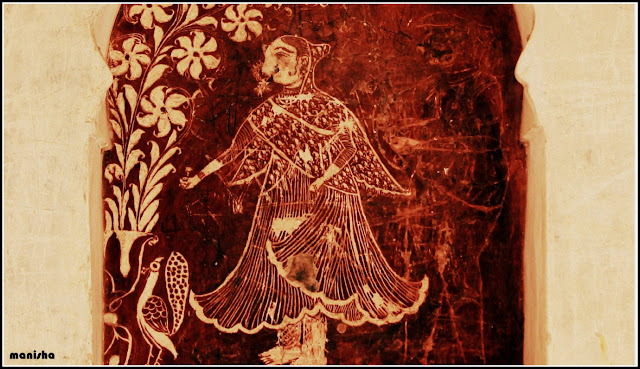 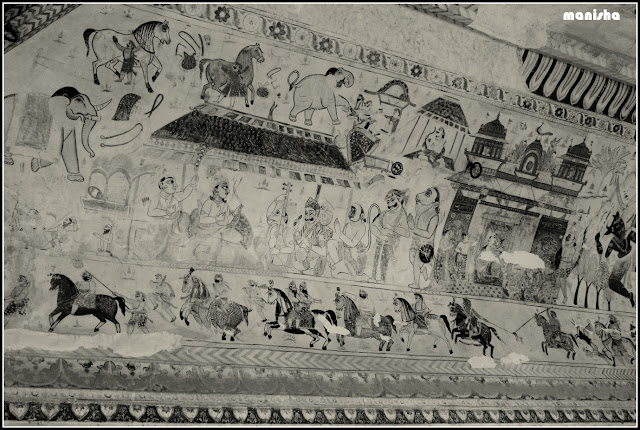 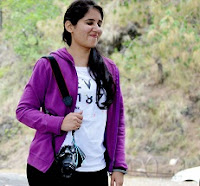 Manisha Raj is a professional software engineer in Delhi and an amateur photographer who loves to travel and explore new places and cuisines whenever she gets a chance. She fondly calls herself “Artist Manisha” due to her love for sketching and shares her  dream to hold an exhibition of her artistic works sometime in her life. She loves festivals and hence her second favorite month in the year is October (after February i.e. her birth-month); a month in which festivals and celebrations start in India and continue till New Year.
She decided to pen down her travel experiences and this was her first post as a guest blogger on Elixired.

Have you danced in the rain yet?

“Maa, this year none of us has danced in the rain yet.”

My mother who was reading something moved down her reading glasses from her eyes to her nose and smiled looking at me. She knew what I was referring to. I often miss being a child these days.

We have grown old, I thought. In old days hearing alluring sounds of water pouring down outside, we kids used to run to get dripped in the rains, singing, dancing and playing. Now we don’t enjoy rains like before. We whine about the puddle it creates, all the inconvenience it causes and spending those elongated hours in traffic.
We nag more if it doesn’t rain. Why! Why we don’t enjoy nature like before?

I remember how earthworms hidden in anonymity used to get out of their hideouts to enjoy a stroll outside. And then there was me shouting and jumping through the veranda to get out of the home, making sure I don’t step on any of them. These days we don’t see any of those, who we have read are very good for the soil and environment.

I decided not to get wasted in the technology today. And so taking a break from my mobile screen I have sat outside in the veranda of my house to enjoy this beautiful hue of novel green. The clouds have washed everything around giving a new life to this part of the earth. As morning winds caress my face with freshness, I took a sip of my tea.
Rains, they are one of the most gorgeous things in the world!
They have brought everything to life. We no more like to be jailed in closed air conditioned rooms. I love to see everyone enjoying their surroundings outside during mornings and evenings, feeling alive, free from the scorching sun-rays. Even the mornings and afternoons have become beautiful with louder chirps of birds, honey bees playing on flowers and resting droplets of water everywhere. While the nights have become bewitching like those magic tales, full of croaks of frogs and creaks of insects, the winds have become pleasant and fresh from  roasted brown.
Let us embrace the beauty of rains with open hands. Look above in the sky, there might be a rainbow somewhere crowning the earth.

If there is heavy rain again, I am going to dance in it like before. I have decided not to waste this monsoon any more… 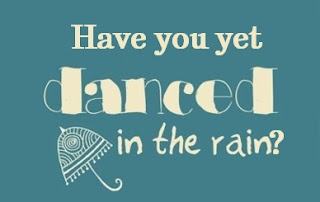