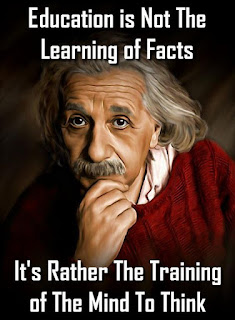 Thirty years back my mother had struggled with same questions in mind, which now I stand up for. Difference between both of our lives are that thirty years back in time female liberty in households was rare especially for the daughter in law and today it is a generality in metro-cities. People are accomplished now and open to logical discussions. More or less, they treat their daughters and daughters-in-law equally. My parents being professors, always catered to our curiosities and motivated us to run behind the logic. I often had those discussions with people around (including elders and our generation) especially for the orthodox and biased section of the society as to why a married Indian woman is supposed to wear vermilion, toe-rings, lot of bangles, bindi, traditional dresses and in some parts of India a nose ring too. While the sons live comfortably in their original skin, enjoy freedom like before. ‘Why the weaker (physically) sex has to abide by all the rules of married life and a man who used to roam around in tank tops and shorts has none. A woman who had similar life like her husband's, now struggles with all the dos and don’ts after being wed. Some women have a strong liking for ‘Solah Singar’, while others don’t. Rather than fixed rules, things like these should be subjective, catering to personal liking. That could only be facilitated by strong minded educated individuals (being educated and being literate are two different things)

Education brings the wisdom of differentiating between right and wrong. It helps us to accept different perspective of individuals without judging them. It makes it easier for us to think rationally and challenge the conservative thoughts and practices that imprison equality and freedom of others. At our home the rule was simple, what we will follow our brother too will follow. During my search for the matrimonial alliance I found out a feminism was still in rarity in India. Those men who regarded themselves feminist didn’t understand the true meaning of feminism. Feminism is not about doing everything what a man does but letting a woman live the way she wants to. Feminism means giving the rights to a woman to make her own decisions for her life.  For example letting her decide about her choice of career or if she wants to keep a fast on karwa chauth or if she wants to dolled up, then she should. It is about giving her the freedom of choice and not imposing the freedom a man thinks she should enjoy without knowing her priorities. 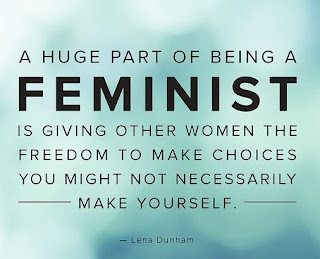 I got married to a man with progressive thinking. We shared similar opinion on almost everything. During our courtship we used to discuss a lot of things ranging from science, feminism, issues in Indian society and the visible yet unsaid rules on married women down laid by patriarchal society of north India in particular and the world in general.
Even being traditional, his family adjusted to the new ways of the modern era.  I was free from never ending obligations of being a newly wed like he was. I wandered around in the house like my sister-in-law does. There were no extra-special rules on me like waking up earliest or wearing traditional attire. GK was, like me, not in much favor of the concept of Karwa Chauth which we had discussed should again be subjective. Whenever I cooked something nobody in the house minded my husband giving me a helping hand in preparing a meal.

Like my father always says, “there are no fixed set of rules in the world, every era has its own truth.” I don’t say people who are following traditions are wrong, but they should not be imposed. Equality is the truth today, where men and women stand together for every single thing in life. Education facilitates that equality and I knew from the first day of my marriage that I was married to a true feminist.


Translation:
How many knots have I untied, how many still remain?


Anklets for the feet, bangles for the arms, necklace around the neck, waistband, rings and toe rings,


My nose and ear were pierced, and with each ornament,


I found myself  all the more restrained with ropes of customs and mannerisms, oh the ways in which I have been chained (literally caught)


now my hands and feet have begun to develop scratches, and so many bruises have surfaced


Since I started untying the knots, and  freed myself of so many ropes -Gulzar