Sitting at one corner of her small shack, she was devotedly working under the dim light of a lantern at one in the night. For past few years she was dreadfully trying her best to get out of the abyss of poverty and hunger. She knew nothing except sewing and she has been surviving on the denominations she earned after hemming the clothes of people in her locality. Her fingers had turned red and numb and the impression of needle could easily be seen on her index finger. Her vision started becoming hazy, but there was no sleep in her eyes. She moved her eyes around her room, squeezed them a little with her hands and resumed her work. She was sewing continuously for ten hours now. It was her second quilt in a day, trying her best to do it perfectly and as quickly in time. She hadn’t eaten anything since afternoon, not even a drop of water. Two days back a man saw her work, and gave her an order of fifty quilts in a week. He told her he would sell them to people in the city far from her village. This was her chance, a chance that life gives to everyone at least once, to get out of one’s miseries. Her shack was colder than the weather outside and she could continuously hear the sounds of strong winds passing by. But she could hardly feel those chills, her mind was warm with the thoughts of better tomorrow, the days she had been dreaming about seemingly from the ages. Now was an opportunity to get rid of her wretched life, for the better life of her only daughter who was silently sleeping besides her. If only she could sew fifty of those in a week, she would get her next order after its successful sale. 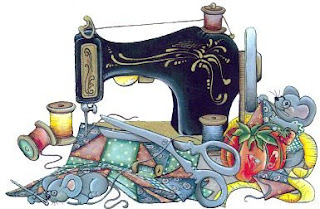