Getting labeled for getting dressed…

“Did you hear that news?” I asked him.
“Which one?” he inquired.
“There are people who never get tired of labeling women with respect to what they wear. When we wear traditional attire, they call us behenji. When we dress in contemporary fashion, they blame our clothes for mounting rape and molestation incidences. Why such mindless generalization? It is nauseating that someone daily has something to comment on our attire. Recently a Botany professor in Kerala made that preposterous comment stating that women who wear jeans, shirts and dress up like men give birth to transgenders. Everyone there protested against him.”
____________________________

P.S. It is surprising to see on one hand scientists are making new discoveries and on the other hand, some educated people (with limited facts) are trying to blame women for everything they can think of.

P.P.S. Women across the globe are marred by such generalizations, with a culture or religion police on their head.  In many countries women are also banned from using red-lipstick among other things.


Even in normal families, we can find objects like this professor, commenting and talking about what women should and shouldn’t wear.


For this year's April A to Z challenge, I will put forward 26 women issues from 26 alphabets. These issues will be inspired by "real-life events" and will highlight social issues and other faced by women.  Some of these issues might be globally prevalent. 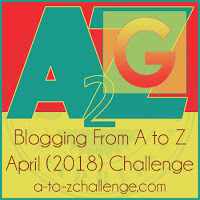